There has just been a brief flurry in the Twittersphere about an advertising campaign by Woolworths, featuring a photo of an Australian soldier, overlaid with the words ‘Fresh in our Memories’ and the Woolworths logo. Woolworths promote themselves as ‘the Fresh Food people’, so this was seen as more than usually blatant commercialism.

I confess that when I first saw the posters, in my local supermarket, my reaction was less: ‘How dare this grocery giant take in vain the sacred Anzac name for commercial purposes?’ and more ‘Oh God, not another haunting sepia image, just like all the others we’ve been seeing everywhere lately!’

Within hours of the advertisements appearing (or so they say, although at my store they were up days earlier) the Minister for Veterans Affairs had released a press statement and Woolworths pulled the campaign.

Since the media that ran with the story is the same media that has featured haunting sepia images for months, it all seemed a little hypocritical. The truth of it is, I think, that I’ve reached Peak Gallipoli. I’m not the only one. A major TV series on Gallipoli scored disappointingly low ratings, even though it was excellent – or so they say. I didn’t watch it either.

This year is the Centenary of the Gallipoli campaign, and of the landing of Australian and New Zealand troops at Anzac Cove on 25 April 1915 at the beginning of a long and disastrous campaign that killed a great many men on both sides. Turkey’s involvement with the Axis Powers was minimal, but there was a long history of commercial rivalry between Britain and Germany, both of whom bribed the Sultan’s court shamelessly for concessions to build railways. (Some of the more decorative bribes are now on display at the Topkapi Palace.) 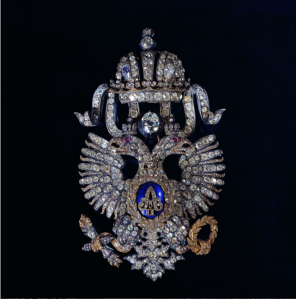 Behind the veneer of patriotism, oil was important too. In the 19th century, steamships burned coal, but loading lumps of coal was messy and labour-intensive. Pumping liquid oil was cleaner and quicker, and the British Navy completed its conversion to oil at the beginning of 1914. Coal is very widely available, but oil is found in fewer locations. The main supplies in 1914, like today, lay in the Middle East, so the role of companies like Anglo-Persian Oil were important.

The landing at Gallipoli opened a new front in the Great War, but it achieved very little for the invaders. Its main impact was to further destabilise the Ottoman Empire, triggering various nationalisms within a multinational empire that had previously been reasonably stable. Ethnic cleansing followed, starting with the Armenians, but later spreading to the Pontic Greeks as well.

The Versailles Peace Conference in 1919 confirmed the break-up of the Ottoman Empire, which was carved up and parcelled out amongst the victorious allies. One book about Versailles has the memorable title A Peace to End All Peace: Creating the Modern Middle East, 1914-1922 (by David Fromkin, 1989).

While the media and the Twittersphere were busy baying for Woolworths’ blood, elsewhere a contingent of 330 soldiers quietly left Brisbane for a ‘training mission’ in Iraq. The ironies abound. A joint Australian-New Zealand force [check], is being sent to the crumbling carcass of the Ottoman Empire [check] at the request of a great and powerful friend [check]. And nobody talks about oil [check].