I was in England on study leave when my first book came out in 1988.  Thrilled to see all that hard work finally between hard covers, I showed it to one of my English cousins. With his customary chutzpah, he decided that it should be reviewed in the Times Literary Supplement, and with his customary networking skills, he immediately rang a friend with some sort of connection to the TLS.

I only heard one side of the phone call, but it was clear that his friend didn’t want a review of my book.  I’m not at all surprised.  I was an unknown first time author with a book on an Australian subject, published by an Australian press with limited distribution facilities in England. He could have put off my cousin in a variety of ways: they had enough books for the next year, they weren’t publishing reviews on Australian topics, they weren’t reviewing authors whose birthdays had an R in the month.

Instead, he explained apparently seriously that the TLS didn’t review non-fiction by women authors.  Fiction yes, but not non-fiction. I have no idea if this was true or just an excuse.  In a way it doesn’t matter. It was the specificity of the explanation that got to me. I felt staggered and belittled as an academic and a writer of serious history, even though I had initially begged my cousin not to make what I thought was a presumptuous request.

Things have improved since then, not least because nobody would any longer admit to such a policy.  But there are still worrying trends, mostly unconscious, in the decisions review editors make. If you don’t believe me, have a look at a few graphs here.

In 1988 I found it comforting to think that such old-fashioned chauvinism must be an English thing, but it seems that’s not the case.  Against this background, in 2012 the Australian Women Writers Challenge was set up. 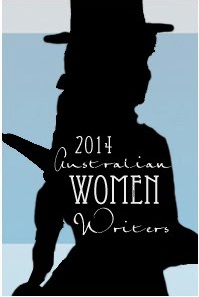 My blog is not basically a venue for book reviews, but I do refer to a lot of books in the course of a year, so in 2014 I’ve decided to sign up for the challenge and will be making a conscious effort to read and report on more books written by women. You have been warned.