From Cover to Cover 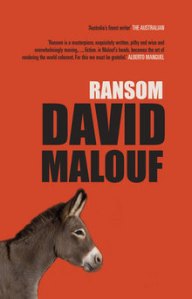 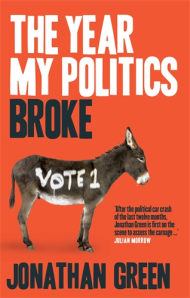 Does the use of a donkey against an orange background represent a breach of copyright? Can a mere idea (orange + donkey) represent intellectual property to be stolen anyway? The case is more serious, because in 2010, the earlier, Random House design won the Annual Book Design Award in Australia.  So perhaps more seriously (for the lawyers, but not for me) is the question of how graphic artists protect their copyright these days anyway?

But while the graphic artist may feel justifiably aggrieved, I’m sure neither David Malouf nor Jonathan Green were worried by the kerfuffle, which just adds to the publicity for their books.  If I seem a little underwhelmed by the newspaper’s faux outrage, it’s because the same thing recently happened to me.

Lynette Russell’s new book on Aboriginal whalers, Roving Mariners: Australian Aboriginal Whalers and Sealers in the Southern Oceans, 1790-1870 (2013) has just come out.  I follow the blog The Resident Judge of Port Phillip for the wonderful book reviews there, so I was startled to find a hauntingly familiar illustration of a book pop up in my mailbox the other day. 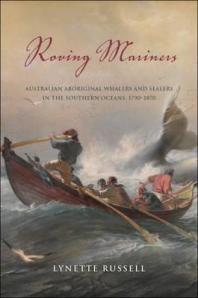 Now I don’t for a moment think that Lynette Russell, or her publisher at SUNY Press, have ‘stolen’ the cover design of my book. I doubt if Russell has seen my book cover, because in academic libraries, most books are stripped of their covers.  In fact I don’t think she has even seen my book, because although I haven’t yet read hers from cover to cover – hah! – it isn’t in her bibliography.

What I think happened was that, for obvious reasons, the picture appealed to her.  She or her publishers approached the State Gallery of New South Wales for a copy, and they riffled through their collection of images and sent her a selection, including this cropped one, perhaps first made when Melbourne University Press sent them a similar request back in 1995. 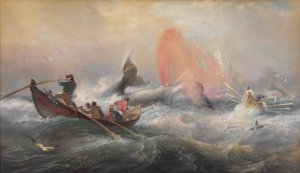 The uncropped original. perhaps deliberately, it has been carefully cropped to remove the sight of all that blood: Oswald W Brierly, Whalers off Twofold Bay

Oswald Brierly’s painting, Whalers off Twofold Bay, suited both our purposes.  Brierly was whaling station manager for Ben Boyd at Twofold Bay on the far south New South Wales coast in the 1840s.  His diaries in the Mitchell Library in Sydney are a terrific source of information on bay whaling.  Many of the whalers were Aboriginal men, and Brierly sketched them at the time, though this large oil painting, dated 1867, was completed much later, when he was an established marine artist back in England.

The whaling industry was remarkable.  It may be a hated industry today, but in the 19th century it was a great source of wealth and work in colonial Australia, and many of its workers were Aboriginal.  Just as Ann McGrath’s book, Born in the Cattle: Aborigines in Cattle Country (1987), first opened people’s eyes to the importance of Aboriginal workers in the pastoral industry, I hope that Lynette Russell’s book will do the same for the maritime industry.  There’s an interview with her on the ABC’s indigenous program Awaye! here.

The irony is that, just like Lynette Russell, I would probably never have seen the cover of her book if not for The Resident Judge’s review.  This is not because the book will be stripped of its cover in the university library, but because the University of Queensland library does not hold a hard copy at all, but only the electronic version, and I don’t usually bother to download the cover illustration.

The moral seems to be, don’t judge a cover by its book.

2 responses to “From Cover to Cover”