Many countries have laws to protect any heritage objects in private hands from being sold out of the country.  Recently the issue arose in Britain regarding a ring once owned by Jane Austen.  Last year it was bought at a London auction by the American pop singer Kelly Clarkson, who naturally planned to take it home with her to America.  The private owners have a right to sell their own property, but the British government stepped in to put a temporary export ban on the ring so that the British public would have time to raise the same amount of money (£152,450) to buy it for the Jane Austen Museum.

Now Austen is British to her bootstraps.  So British, in fact, that she has just become the new female face on the £10 note.

But what about a kangaroo? 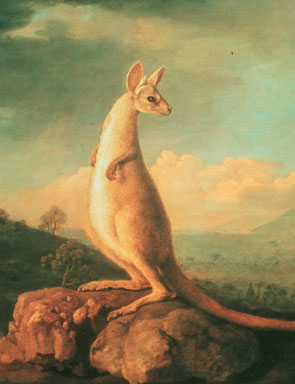